The First Emperor of China 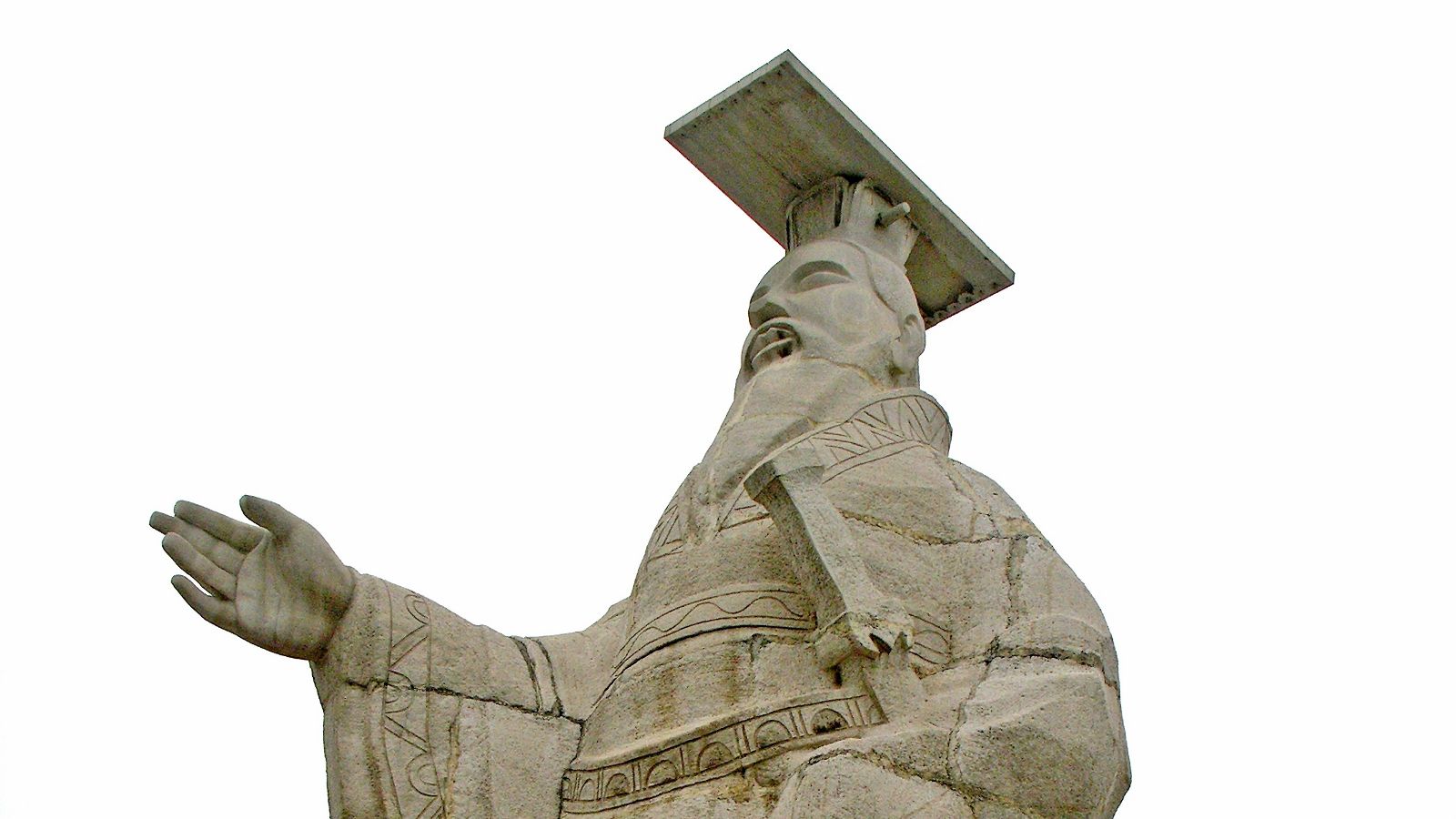 In 259 B.C.E, Prince Zheng (pronounced jung) of the royal family of Qin, was born near the end of the Warring States period. Three years later, in 256 B.C.E, Qin rulers took over the state of Zhou, hence ending the Zhou dynasty. Ten years later, 13 year old Prince Zheng became king. Zheng was ambitious, and used military power, spies, bribary, and allinaces to conquer the rest of the rival states. His kingdom became bigger than all of the past dynasties. In 221 B.C.E, he managed to conquer and control all of China and decided to take a new title, Qin Shi Huangdi, which means the first emperor of Qin. He was greatly influenced by legaslism, and legalists belived in harsh punishments, strict laws, and a strong central authority. To avoid all possible threats, he made a government he controlled personally. The land was divided into 36 districts, and each district was controlled by three officials. He treated all the same, and the way he had treated them was harsh. He exiled his mother, because he feared that she had been plotting against him

He began standardizing the culture, money, weights, and even measurements. He used detailed and spelled out punishments for those who break the rules and laws. Rich and poor were punished the exact same. He simplified the writing system and he removed many of the characters used across China. He made coins have holes in the middle to be held on a string. Qin Shi Huangdi forced many workers to protect themselves from invaders by building a massive wall across the northern border. The Great Wall is not as it was before. If you think the Great wall is completely original to this day, you're wrong. The great wall has been reinforced and completely changed. The original one was wood framing with earth pounded into it. It took 10 years to be built, even with 300,000 people. Everyone was recruited, without any pay. It was work, or death. Qin Shi Huangdi didn't believe in confucian as a culture, or even at all. So to deal with that, he had gotten rid of all of the books containing it, and even got rid of confucian scholars. In 210 B.C.E Qin Shi Huangdi had died after ten years of serving as emperor. He had been looking for a potion of immortality that could possibly not even exist. No one knows how he died either. He was buried in a tomb in the capital, with six thousand stone soldiers to protect him. When he had died, many people felt unhappy. In 210 B.C.E Liu Bang had gained power and established the Han dynasty.